there spy camera is a miniature camera which allows you to take discreet shots. A very small size distinguishes this type of device. In addition, the camera may be given the appearance of a banal everyday object. The device can be in the form of a watch, glasses, a clock or even a pen. Because of the design of the equipment, spy camera accessories are not many. These boil down to cables with several functions.

You should know that a spy camera uses a rechargeable lithium battery as a power supply. This configuration then allows the device to operate without wiring. As a general rule, spying equipment comes with a USB cable. The latter is of course used to charge the device's battery. Two recharging methods are proposed. The first method is to plug the spy camera into a computer. In terms of the second method, the device is plugged into the sector. To do this, a charging box is essential. This adapter is often one of the spy camera accessories included in the device box.

Note that the connection to the sector offers a more efficient and faster load. Some spy camera models can be plugged in permanently during use, without causing suspicion. This is the case, for example, of a spy alarm clock. The connection during use offers unlimited autonomy.

For a model with a micro SD card, the use of a USB cable for data transfer remains beneficial. This prevents the untimely dismantling of the memory card, an operation that often makes the device wear and tear. 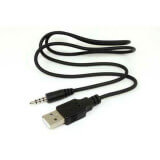 The cable for watch camera is the indispensable cord to charge your mini battery. It also ensures to transfer files in your spying hardware to your computer. 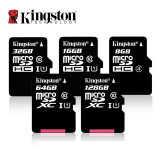 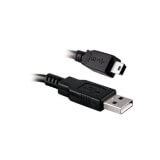 This USB cable for microphone camera spy is a must-have accessory for the operation of your device. Thanks to its universal character, it adapts to all types of mini camera.