there USB spy camera stick is a miniature camera that has the appearance of a removable storage medium. This spy ingeg has a perfect finish. Without careful inspection, it is quite difficult to distinguish this device from a common USB stick. However, it is essential to point out that a real removable storage medium consists of flash memory and virtually no mechanical elements. This makes the USB stick an accessory almost insensitive to shocks. As a reminder, the SPY USB stick the components of a miniature camera are equipped. As a result, its resistance to shocks is less important. Unlike a simple USB stick, spying equipment does not have built-in flash memory. To record videos and photos, the device requires a micro SD card. Note that the models included in our catalog are expandable up to 32GB.

Transfer the registration data from the usb key spy recorder does not require a USB cable. This is because of the architecture of the device of course. Simply place the device on a functional USB port of a computer. MacOS and Windows operating systems can detect USB camera key.

On the other hand, micro spy cle usb doesn't need to be permanently plugged into a computer to function. This spying equipment is indeed capable of operating autonomously. The device has a rechargeable lithium battery that allows for this. You should know that this power supply offers a battery life of about two hours or more.

The photographic performance of a usb key spy camera depend, of course, on the power of its video sensor. The most advanced models can shoot in HD or Full HD. This results in high-quality images with a lot of detail. The animation determines the quality of a video. A spy USB stick shoots an average of 30 images per second. The result is a fairly fluid animation.

In the options offered by a USB key camera, there is often night or infrared vision. This feature allows the device to shoot in the dark and produce clear images. Night vision, however, has a limit. The latter is about twenty meters. There are also models with a built-in microphone. These give the possibility to film with sound or make voice recordings.

Our catalogue of USB camera key does not include any template with a built-in microphone. You can find a model capable of filming in very high definition, such as the USB usb camera Full HD. Then there is the USB infrared spy camera key for shooting in low light conditions. 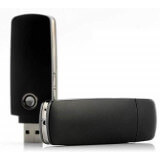 The USB camera is a discreet but effective accessory. With an endurance of 90 minutes, this spy camera key usb is perfectly suited for a long-term mission. 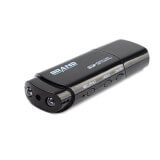 The USB spy camera incorporates a lens that is perfectly invisible. It actually conceals a micro camera which records full HD video and capture pictures in jpg format. 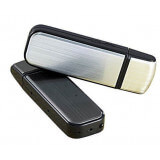 The USB spy recorder integrates a tiny functional camera. Equipped with night vision, this camera hd spy to cover events even under a low light. 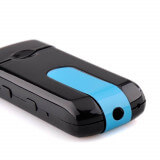 This USB spy logger to obtain more reliable information. Equipped with a high-performance sensor, our micro camera spy is an essential tool for spying.