the spy lighter is a spy gadget allowing discreet shooting. The device comes in the form of a common lighter. Some models adopt a traditional design, while others opt for a more modern style. Visually, it is difficult to tell the difference between a camera lighter and a real lighter. In terms of size and weight, the two objects are rather similar. On the other hand, one is no more cumbersome than the other. It is important to note, however, that a thorough examination can tell the difference between the two accessories. Indeed, the lighter part of the device is dummy. As a result, you cannot light a fire with a camera lighter. The latter is only used to film or take pictures.

One can also describe the lighter spy camera like a USB camera stick with the appearance of a lighter. The material does have a small removable hood. Once this element is removed, there is a USB connector.

Unlike an authentic USB stick, the lighter camera does not have built-in flash memory. To keep videos and photos taken, the device requires a micro SD card. Note that the models included in our catalog are expandable up to 32GB.

This type of equipment works with a high-capacity lithium battery. You should know that this power supply is rechargeable and offers several hours of battery life.

As a general rule, a spy camera lighter uses a video sensor capable of high-definition filming - with a 720p display format. The device does not have features such as night vision or motion detection. To start a recording, it is necessary to directly manipulate spying equipment. Photos and videos are stored in standard formats. Videos are often in AVI and photos in JPG. As a reminder, the default software of the computer or smartphone can open these extensions.

To move the recording data to a computer, simply plug in the camera lighter on a USB port. The device is compatible with macOS and Windows operating systems. In another measure, the micro SD card can be disassembled to insert it into a phone, for example.

In our catalogue, there are 4 models of camera lighter. Three copies have a modern design and can take images in high definition. There is also a model with an appearance similar to that of a classic lighter. this camera lighter offers a webcam function. 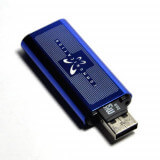 Unusual but functional, the spy lighter with the look of a mundane product. Minimalist in size, this spy camera HD hides a technology at the forefront of performance. 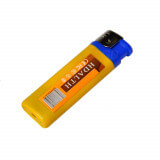 The spy camera lighter is a fake product suitable for surveillance. Undetectable and discretion, it records videos audios and takes pictures. This mini camera can also be used as a webcam.

Lighter blue or black spy camera with full HD 1080P image sensor. Discreet and compact it offers a resolution of 1920x1080P even with little brightness.